Lessons from the Preschool Line Leader 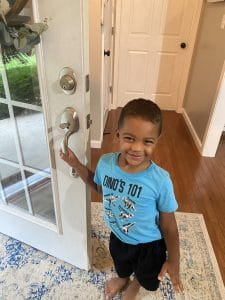 Just the other day I was headed out the front door for an activity with my four-year-old. He was excited to have some time with his dad and I of course was excited about this time with him. I watched as he bounded to the front door, opened it, and held it open like a gentleman. He said, “Dad, you go first, I’m the leader.” I immediately corrected him and let him know that a leader goes first. The leader influences others. A leader has followers. I started to share how his preschool class has a line leader and that person always goes first. Then it hit me, maybe my little guy is the one who is right. Maybe we are teaching preschoolers, teens, and adults around the world incorrect theories on leadership. Is it possible that great leaders do not lead from the front, rather they lead from the back?

As a leader, if I lead from the front, I can only show how to walk by doing in front of them and hoping they follow. Coaching is difficult from the front. If I try to share education or encourage, they may not be able to hear me well as my voice is projecting ahead when they are behind. I must trust they are following me and hope they are keeping up with what is typically a rapid pace set by results-driven individuals. From this position, I show step by step what those following are to do, but I never put them in a position to create a path or to learn how to lead others if I’m the one that stays in front.

Many will say that a great leader builds a legacy of leaders behind him so that the day he leaves his role as a leader, there are many options to fill that spot and ensure the system rolls along without disruption. Great leaders do not leave a hole when they leave their roles. Great leaders have a multitude of others that can step right in.

With that being the case, then maybe my four-year-old is correct. Great leaders lead from behind.

From behind one can coach effectively and encourage others to take the right steps as they observe them taking them. Often, this leader will let them take a misstep as he recognizes it will not hurt them and he will be able to teach from that momentary failure. The followers in front will be able to hear their leader well and adjust along the way as they learn the path.

From behind, a leader can not only see when one is about to take a misstep, but she can also see when one is about to stumble and fall. This gives the leader ample time to get behind the person and catch them before falling or quickly attend to their needs if they do take a tumble.
Finally, and most importantly, leading from the rear allows the leader to empower his or her team. This gives those trusted to their care the option to pioneer a path, demonstrate the way, and support others from within while on the journey.

Growing up in a church background, I often heard of people referred to as sheep following a shepherd. With this in mind, we could look at leaders as a shepherd to their followers. I am no expert on the practices of shepherding, but I did perform a few Google searches allowing me to be dangerously informed. What I found interesting is that there were some solid theories on why it is better to shepherd from the front and back. I am sure there is validity to both points of view. Honestly, I am sure there is validity to both forms of leadership.

As I continued to read, I learned that the most effective place to shepherd is in the middle of the pack. From this spot, the shepherd is integrated with the followers allowing him to have a grasp of what is going on with the flock in real-time. From this position, he is both able to empower some while showing others the proper steps along the way.

John C. Maxwell is known for saying “everything rises and falls on leadership.” I personally like to add that “leadership rises and falls on relationship.” To be considered a great leader, it is critical to be in the middle of your team, interacting with them, knowing them, coaching them, showing them, and empowering them to take the lead.

Next time you are quick to say the leader should be in front, remember the wisdom from my four-year-old.

You go first, I will lead. 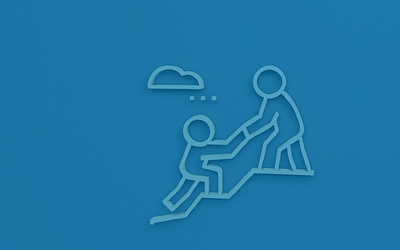 The Most Important Key to Success According to High Performing Professionals

A few years ago, my brother decided to get healthy. Of all the crazy things he decided to do to get healthy, he took up running. First, running is not a natural passion or skill in my family. Second, I only knew of my brother running away from someone chasing him or...

END_OF_DOCUMENT_TOKEN_TO_BE_REPLACED

Several years ago, I heard a story of a successful entrepreneur. I don’t recall the person or the company she started, but the story she told has stuck with me since. She had been raised as a person of faith and had been taught about the importance of generosity....

END_OF_DOCUMENT_TOKEN_TO_BE_REPLACED

How Leaders Hold the Key to Lasting Change in Race Relations

As I have matured, I have had the chance to observe the process of grief.  In the moment, right after one’s death, everyone is sympathetic and sharing condolences.  The funeral service takes place and the general population goes on with their life.  The family member...