The Most Important Key to Success According to High Performing Professionals

A few years ago, my brother decided to get healthy. Of all the crazy things he decided to do to get healthy, he took up running. First, running is not a natural passion or skill in my family. Second, I only knew of my brother running away from someone chasing him or to beat his friends to the food line. Running was not something in his future if you were to ask me. I decided to root him on, but inside I was a bit skeptical that he would ever stick with it.

Two years later, he has run several half marathons, runs 5K’s, 10K’s, Trail runs, and continues to keep running just because. Looking back, his success came from joining a local running club that had people willing to mentor new runners.

In a series of interviews a few weeks ago, I asked a retired CEO and a young fast-tracked professional what they wish they would have known coming right out of college.
Both quickly answered I wish I would have understood the power of a mentor.

What is more shocking to me in these numbers is the fact that most readers of the St. Louis Business Journal are professionals seeking to improve and move up in leadership within their organizations. Of those looking to advance, only 30% had a mentor when those that have succeeded before them say that the power of a mentor is one of the most important things to learn early.

What is a mentor and what are the qualities that will make a good one?

To keep it simple, I define a mentor as someone that has gone before and can help someone better navigate the same or similar journey. You could also substitute the word mentor with guide, teacher, advisor, master, or guru.

When you think about it, every experience is life is better with a guide. It saves time, it saves energy, it saves unnecessary pain or frustration, and is typically more fun with companionship.
So why do we so often choose to go through our life adventures alone and not seek other wiser individuals to help us along the way?

Back to my brother, it’s interesting to note that the people mentoring him were not marathon champions. They were people like him 6 months, 12 months, a couple of years ago that was ahead of him on the journey, but not too far ahead to forget the challenges both mentally and physically he would face. They received joy in helping him and he enjoyed the accountability and encouragement to keep going. It was the mentorship by a person just ahead that has now put him in a place where he can mentor me should I decide to go down the running journey.

Whether it’s pursuing a new hobby, taking up a new health goal, or pursuing a new level of success in your career, mentors are the powerful key to successful completion and they are just an ask away.

← A Secret to Surviving the Economical Impact from the COVID-19 Crisis PODCAST: Stop Clowning Around And Move Forward → 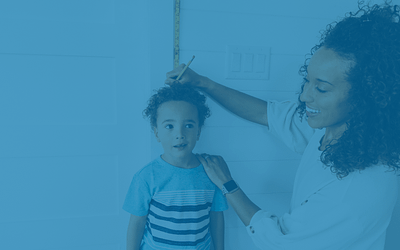 On our birthday as a child, our mom would stand me and my brothers up against the frame of our basement door and place a new mark above our head to show how much we had grown the past year. Each year, I would be so excited to see how much I had grown and would turn as...

END_OF_DOCUMENT_TOKEN_TO_BE_REPLACED 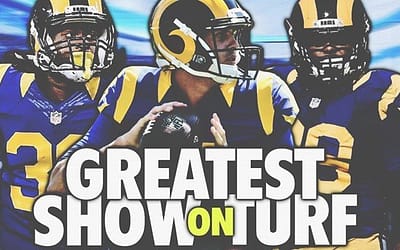 I recently watched “American Underdog: The Kurt Warner Story.” Kirk Warner’s big break came at the unfortunate break of another. I remember the night well as I was a St. Louis Rams fan. We had so much promise for the season with our new quarterback Trent Green. The...

END_OF_DOCUMENT_TOKEN_TO_BE_REPLACED

"Welcome to The Big Impact Ep 198 and your introduction to the “Stop Clowning Around” concept created by author/speaker Scott Holman. He shares 10 ways to elevate your career without resorting to the 'circus acts,' so you can become the 'master of your own show.'" BUY...